I try not to think about it. All the suffering in the world. The individuals and families who have suffered due to Covid. The Ukrainians who are suffering at the hands of Russia. Californians who have been suffering under mountains of rain and persistent mudslides. There is untold suffering out there. 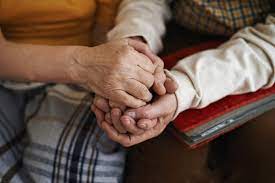 Sometimes, all of this suffering gets to me, yet I am powerless to alleviate it. It’s too much. Too big. Too far away. Still, to do nothing isn’t an option. I decided a while ago that if I’m not able to lessen suffering on a grand scale, I’d try and do so on a small scale — one person at a time.

One of the unexpected results of writing The Identity Code were readers who asked me whether I could help them realize the promise of the book’s subtitle — to find their purpose and place in the world. I wasn’t coaching at the time, but I decided that I would at least try. I simply had to.

The challenges presented to me varied widely, from people struggling from career angst — unclear about what they should do next — to readers enduring the stresses of faltering personal relationships, Although, these challenges aren’t uncommon in life, what struck me was how each person was — underneath the issue they faced — suffering in their own way. Here are two examples …

Lisa, a 45-year-old lawyer had been with her company for more than 10 years. Professionally speaking, she was clearly successful, having been promoted 4 times and was now the organization’s general counsel. Yet, she was unhappy and, as she told me, tormented by a deep desire to do something else with her life that would provide more personal satisfaction as well as an income. Lisa was stuck and the angst she was feeling was getting in the way of her making progress. She felt she had no choice but to leave her company.

Rory was a 40-year-old Wall Street executive who had recently been laid off. He had made a handsome income, but was in no way well-to-do. His wife, who didn’t work, was divorcing him and had taken their two young children to live with her. Much of Rory’s savings was going to support his family. Rory had been rejected, professionally and personally. He was frightened. He felt paralyzed. Yet he knew he had to find a way to not give up hope; to somehow, “keep going.”

For these individuals, palpable suffering was getting in the way of living.

In my attempts to relieve suffering in my own small way, here is what I’ve learned and how it might help you or someone you know.

To help someone move forward, start by simply listening, by bearing witness to their pain. Strive to understand their suffering. Let them vent. Have them speak of it, describe it and its impact. Not once, but two or three times, until its’ sting is lessened if not gone. If you can’t slay the dragon, at least quiet it.

In business today, there is much talk about what one’s “superpower” is — that singular talent that distinguishes you. These can include empathy, systems thinking, creativity, decisiveness, among many other traits. The idea is that if you can put your finger on your superpower, you’ll know how best to contribute to your team or organization. As its name suggests, one’s superpower contains a magic all its own.

I find the idea of detecting one’s superpower amusing. If there is one superpower that eclipses all others, it is your identity — that unique combination of characteristics that reveals your potential for creating value in the world. Here are three illustrations: 1) to inspire renewal, 2) to create positive history, 3) to help people to see. Each is deceptively simple. Yet, as a framework for making a lasting contribution, each is powerful in its own right. With the dragon quieted and your magic clear, it’s time to move forward, to circle back and address the original challenge with new insight and courage.

Lisa left her role as a corporate attorney, but chose to stay with her company. She was put in charge of leading a merger integration effort that offered her the chance to deal with cultural as well as economic issues.

Rory found a job with a regional bank, has made peace with his ex-wife, and sees his children regularly.

No storybook endings here. But the suffering that was blocking these individuals’ progress had receded enough to allow them to move on.

What I have come to understand, is that on the other side of suffering lies freedom — the freedom to grow in ways that benefit others as well as yourself.

Want to help relieve suffering in the world? Go small.