We live in a world informed by the goals we set for ourselves. To be an A student. To learn how to make world-beating Italian food. To finish writing that children’s book. To make the varsity tennis team. To be able to play guitar with your eyes closed. Well. And on and on and on. 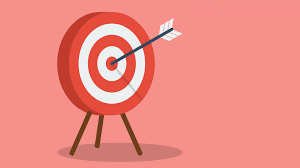 According to Webster’s, a goal is “the object of a person’s ambition or effort; an aim or desired result.” Operative word? Object; i.e., intent, or hoped-for outcome. As important as your goal may be, it is still possible to remain detached from it. It’s “out there,” on the horizon, waiting to be realized. Sometimes, we reach our goals. Sometimes, we don’t. When we do, we feel the thrill of achievement and when we don’t, we feel disappointed. Still, life goes on.

But goals are nothing compared to promises. A promise is defined as “a declaration or assurance that one will do a particular thing or that a particular thing will happen.” The difference runs deep. While a goal can be viewed at arms-length, a promise cuts to the bone. It is a commitment, a covenant between you and someone else, or even with yourself. There is no room for ‘maybe.’ In the words of Yoda from Star Wars, “Do or do not. There is no try.” 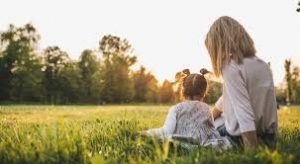 About a year ago, I read an article by James Hall, the editor of Bassmaster Magazine. (Yes, fishing is one of my passions.) The title of the article was I was wrong. The piece still haunts me. Here is a passage that explains why.

“My brother, Gary, used a tight-line technique with a weight. I used no weight and kept my line slack. I chided him, as only a 10-year-old could, for being “dumb.” We kept count that July and he beat me by more than a dozen fish. I was wrong and not happy about it.

We had grand plans this year to get together to re-create the fishing pursuits of our youth. We hadn’t fished together in a couple of years. I lived in Alabama; he lived in Texas. Work and trivial activities kept pushing aside our next fishing trip. Not this time. We would nail down a date and see it through. I thought this would become a tradition, something we could look forward to every year.

There seem to be countless secrets to a happy life, but I’ve only been smart enough to nail down one: Minimize regret.

What would bring you heartbreak if not accomplished, assuming tomorrow never comes? I’m making a list. As for those items I no longer have control over, pushing aside one weekend over the past two years to meet Gary is at the top.” 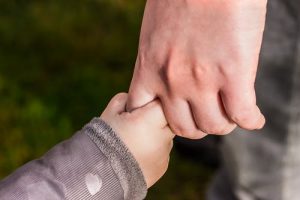 Which brings me to the power of a promise. I recently heard a talk by Alex Sheen, founder of Because I said I would, which bills itself as a social movement and nonprofit dedicated to the betterment of humanity through promises made and kept. Alex is nothing short of inspiring in his passion for how promises create and deepen relationships, benefiting everyone involved. One of his most memorable comments was, “I don’t have to, I get to …” Feel free to fill in the blank: I get to take my child to school every day. I get to visit my ailing father once a week. I get to drive my best friend to work for a month while she recovers from an accident. What I learned from Alex is that making and keeping promises is a privilege that makes us larger in who we are.

The name of this newsletter (aka viewsletter) is Identity Insights. So, you might be asking, what does making promises have to do with identity? In short, everything. The promises you make are acts of integrity and integrity is at the root of identity. In a sense, your identity stands as a promise you make to others – about who you are and what you can be counted on to do and not do. I am Larry Ackerman and I promise to help people to see – to see the power of some actions and the futility of others. To see their innate potential as revealed by their identity. This is who I am and what I do.

Whether big or small, make promises that will matter to others and to yourself. Then, keep those promises before it’s too late. I promise I will.